Smartphone vendors have this habit of launching the same device in multiple markets disguised under different names. It’s a habit Huawei/Honor fans and even those closely following Xiaomi and Oppo should be familiar with.

Apparently, Realme has been learning fast from its parent company, Oppo. For instance, India’s Realme 3 Pro is known as Realme X Lite in China and apparently, the device that is selling in Europe as Realme X2 is expected to land in India as Realme XT 730G.

India already has the Realme XT that runs on the Snapdragon 712 chipset. The Realme XT 730G, as the name suggests, has the more powerful Snapdragon 730G chipset on board, but that’s not all you get despite the two remaining identicals for the most part.

On top of what the standard XT offers, the Realme XT 730G also comes with up to 256GB storage, a 32MP selfie shooter, and faster 30W battery charging, among other small additions.

Hey, realme X2 i.e., realme XT 730G will be launched in December. Stay tuned to our social media handles for more information about the smartphone.?

While the response from Realme India support was nowhere near what the tweep asked for, what caught our attention is the interchanging use of both Realme X2 and Realme XT 730G. This, by all means, suggests the person behind the keyboard isn’t sure what to put up between the two.

More recently, another tweep shared a screenshot of a response he got from yet another Realme India support when inquiring about the release date of the device in India.

While this time the person behind the keyboard seems pretty sure about the name of the device that’s coming – Realme XT 730G – there’s an interesting development on the release date of the device in the country.

As it stands, there is no information about when exactly this phone is expected to arrive. This is despite public knowledge that the Realme XT 730G (or is it the Realme X2?) is expected in the country this December.

Amid the naming and release date uncertainties for the Indian market, folks in Europe where the device sells as Realme X2 are receiving a new software update with the November security patch.

The update carries software version A.16, up from version A.15 that brought October patch and besides the updated security patch, you also get the changes below:

If you can’t wait for the OTA to arrive, we have the download link to grab the new firmware and install it manually.

The Chinese variant of the Realme X2 already picked up this very November security patch, but the changelog has more than the European model.
NOTE: For more Realme-related coverage, check out this section. 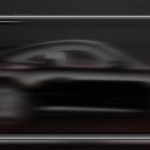