Samsung sells multiple variants of the Galaxy Fold across the globe. This isn’t unique to the Fold, though. In fact, Samsung makes Galaxy phones specific to the U.S., Canada, Korea, China, and the rest of the globe.

Unlike other Samsung phones where some markets like the U.S., Canada, and China get a Snapdragon-powered model while the rest get an Exynos variant, the Galaxy Fold has the same Snapdragon 855 chipset everywhere.

Still, not every market gets the entire feature-pack the Galaxy Fold has to offer, more so the U.S. market. Apparently, the global Galaxy Fold not only supports dual SIM connectivity, but it also soups up this feature with support for multiple eSIM providers. 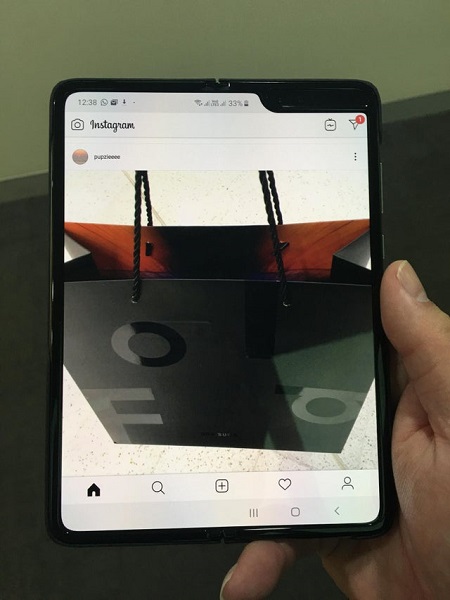 The Galaxy Fold is sold unlocked in the U.S. and carrier-locked as well. The phone has a single physical SIM slot and an eSIM, but since the latter is only compatible with European carriers, the eSIM feature is unavailable on this model.

One would expect the U.S. model to support eSIM connectivity since multiple carriers already offer the feature. But as noted, this feature is only compatible with European carriers, at least for now.

As if not enough, folks in Australia are now reporting that not only can they enjoy dual-SIM connectivity on their Galaxy Fold units, but they can also store multiple eSIM providers on the same device.

The screengrab below has been shared on Reddit, showing off up to three different providers on the same phone – OPTUS in the physical SIM slot while Telstra and Vodafone AU occupy the eSIM slots. Heck, there is even room to add another mobile plan.

It should be a matter of when and not if the U.S. model will get the eSIM feature functioning, but given the massive control carriers have over the smartphone market, the ability to store multiple eSIM providers may never hit stateside.

NOTE: For more Samsung-related stories, check out this section.