We all know Xiaomi is a brand that has a firm grip over the smartphone market along with other consumer electronics segments ranging from headphones to fitness bands.

Moreover, we cannot look over the ever so popular and in-demand Smart TVs and TV boxes that goes out of sale in a flash. Besides venturing in to that segment, Xiaomi has also been very committed in pushing out security and firmware updates for its devices other than smartphones.

And in a recent development, Xiaomi has pushed in a new Android Pie beta update for its 4k Ultra HD streaming media player, the Mi Box S. Notably this new update brings in fixes for Bluetooth as well.

Talking about the specifications of the device, the device stream 4K Ultra HD video, has built-in Chromecast, packs in 2 GB of RAM and 8 GB of onboard storage, features premium DOLBY + DTS, smart voice control along with wired and wireless connection as well.

Coming back to the update, it weighs in around 624.3 MB in size. Below is the official update log along with the screenshot of the update prompt:

By looking at the discussions on the Reddit platform regarding this update, users have claimed that this new update do fix the Bluetooth issue. However, one of the users has reported that the update does not bring in a fix for the “Aspect Ratio” issue.

The changelog also mentions latest security patches, but the exact month is not known. Notably, the previous beta Android 9 update brought in some cool enhancements like Dolby Digital conversion, improved Amazon Prime support and more for the Mi Box S.

Keep in mind the latest beta 2 of Android 9 Pie for Mi Box s is being pushed via OTA in batches and will take some time in hitting all the units. However, you can always go ahead and manually check for the update notification by going to Settings>System information>Update.

Feel free to drop a comment below and let us know whether you received this new update or not. 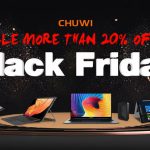