Google has been making phones for several years now, but the search company has yet to nail the hardware side of things. The reason most, if not all people buy Google Pixel phones is the software experience and camera.

Even at its fourth attempt, Google was seemingly unable to get things right with the design of the Pixel 4 and Pixel 4 XL handsets. The two might represent the best ever smartphones from the company to date, but I’m afraid that might just be good on paper.

Earlier this month, popular YouTuber JerryRigEverything roughed up the Google Pixel 4 and the result is something that’ll interest you. The renowned smartphone destroyer took the Pixel 4 for a spin in one of his typical durability tests and the phone came out cracked in multiple places.

Just yesterday, Android Central reported about the oleophobic coating that is now wearing off the Pixel 4 screen leaving it exposed to fingerprints and smudges. This issue has been here since the days of the Pixel 2, which says a lot about Google’s progress (or lack of) in the hardware department.

Another indicator that Google is actually moving back as far as the design of its phones is concerned are the latest reports of paint chipping off the Pixel 4 and Pixel 4 XL. The paint in question lives between the display screen and the metallic frame of the phone, as seen below.

More fuel for Pixel 4 buyer’s remorse – coating on the band between screen and frame flakes away easily. No case used, but I handle the phone with care. Had a P2 since launch and it still looks like new. (Source)

Apparently, the Pixel 4 paint chipping issue is not only popping up on the front end of the devices but also when the phones are flipped around, as seen below.

What’s even more interesting is that unlike the previous case, the above Pixel 4 XL handset has often been in a fabric case, yet the phone is still losing its coating.

Another white 4 XL owner with chipping paint using fabric case. How common is this? Had the phone since launch, have only used the fabric case and don’t take it out very often.
(Source)

As noted earlier, Google is good with software, but unfortunately, this isn’t an issue that a software update can fix. Perhaps its a quality control issue that might not be resolved even through replacement, but we hope not. What is clear, though, is that Google is still struggling with hardware.

But for how long?

NOTE: For more Google-related stories, you may route here. 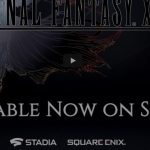 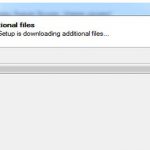