‘Pokemon Sword and Shield’ game was released on November 15, 2019, and the game has sold over six million units worldwide and also became the fastest-selling Pokemon game in US history.

Pokemon Sword & Shield game features the Galar region & has added many new Pokemon to the game; you can check the complete list by heading here.

Pokemon Sword & Shield game has also introduced Galarian forms to the game, which are similar to Alolan forms. Some Pokemon type modifies due to changes in the surrounding environment and results in region-based forms. The game features the following Galarian Pokemon.

The game has also introduced Gigantamax forms. However, the Gigantamax form only occurs if the Dynamax form of Pokemon is activated. Also, the player should be engaged in the max raid battle. The game features the following Gigantamax Pokemon.

The game features many new Pokemon and evolving, some of them is a tricky task, and Applin is one of them. Applin can only be evolved using Tart apple or Sweet Apple. If you don’t know, you can head here. If you want to know about Eevee evolution, you can head here.

Some players are also scratching their heads to find out the location of Lapras in the game. But before encountering Lapras, players are required to have Rotom Bicycle upgrade, which can be obtained after a battle with the sixth gym leader, and then you will be able to ride over the water.

Players can encounter and catch Lapras at North Lake Miloch in the wild area. For your reference, you can check the video of the trainer ‘Beard Bear’ 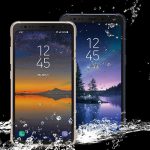 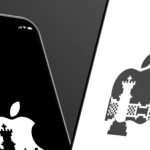