We don’t like to have hindrances in our path. If you migrate from Android to iOS, you may have the same feeling for at least a few weeks. Apparently, the former doesn’t obstruct you from customising the platform to the way you like it.

When it comes to iOS, all the personalisation fanatics have one answer, jailbreaking. With the help of third-party tools, you can gain access to the filesystem of the OS so that you will get elated privileges to change the default settings.

checkra1n is a trending iOS jailbreaking tool available today. Despite the unavailability of a stable build, people started using it on different devices. As of now, the official 0.9.5 beta build supports macOS only. The official website reads work is ongoing to support Windows and Linux.

Have you ever thought about the architectures checkra1n is going to favour in the initial release? In our routine research, we have found the answer on Twitter, which you can read below.

However, Windows Subset for Linux (WSL1 or WSL2) won’t be supported. For starters, it is a compatibility layer for running Linux binary executables (ELF format) natively on Windows 10 and Windows Server 2019.

When you skim through the official site, you may find it disheartening to see three unsupported devices (iPad Air 2, iPad 5th Gen, and iPad Pro 1st Gen) if you have any of them. Guess what? The stable release will have A9X and A8X support (meaning, those devices will work flawlessly with checkra1n)

For package installers, checkra1n only supports installing Cydia. Who knows! They will add more package managers in the initial release. You can subscribe to our newsletter to get you notified when that happens.

As of now, the developers haven’t broken their silence with regards to the release date. But, we hope they will increase the stability and feature-set with the first public build. 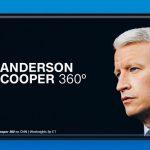 AT&T Watch TV is reportedly inaccessible for some subscribers 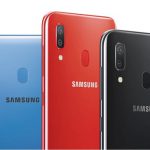