A new patch for Tom Clancy’s Ghost Recon Breakpoint has gone live, and it has added a plethora of new elements and features to the game. The new patch bears version number 1.0.3.1, and its size is fairly huge. Patch 1.0.3.1 has added some new customization options to the game, which have been detailed below. 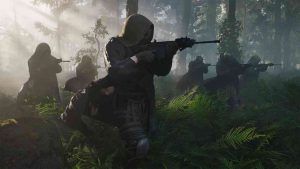 In the game, players get to play as Lieutenant Colonel Anthony “Nomad” Perryman, and the game has been set up on the island named Aurora. While playing as Nomad, players are required to investigate the troubles created by Skell Technology.

The Ghost Recon Breakpoint game will also be available on the new cloud gaming platform, Google Stadia. However, this new gaming platform did not receive positive reviews from critics & news publications due to input lags. Cut to now, players are required to download the new patch before playing the Ghost Recon Breakpoint game. Also, the size of the patch may vary depending on your location & preferred language. The patch update sizes on different platforms are the following: 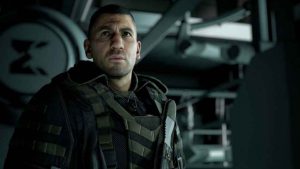 After the new update, for the creation of their own Ghost, players will have over 40 default items that were previously only available through loot or can be purchased through Skell credits. Also, players will be able to change the character of their gender and face anytime during the game, which provides more freedom to players and customization. 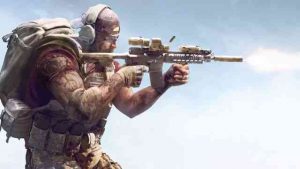 Community feedback has been well received by developers, and they have made improvements on adaptive magazine pouches. It will now work with many vests and primary weapon magazines. The new update has also fixed the issue, which caused players to lose their items or devices when going to PvP and then coming back to PvE. You can check the complete patch notes down below

Since the launch of the game, we’ve been following the feedback regarding the availability of customization at the beginning and throughout the game. We are happy to announce that based on this feedback, we have implemented the following changes.

To improve the experience of all players at the beginning of the game and to allow them to start creating their own Ghost, we’ve unlocked by default 40 items that previously needed to be looted or purchased with Skell Credits:

To give players more freedom in their appearance options, players are now able to change their gender and face selection at any time in the Customization menu. We’ve heard your feedback loud and clear! Our team has started to make improvements on adaptive magazine pouches on tactical vests. This will now work with many vests and primary weapon magazines excluding assault rifles, shotguns, grenade launchers, and some snipers.

The remaining assault rifles, sniper rifles, shotguns, and grenade launchers, along with the following vests variations, will be added in a future TU:

Please note that “named” vests (Fury, Rosebud, and Yellowleg vests) are unique cosmetics that will not change with your equipped weapon. In “See no Evil”, “Speak no Evil” and “Hear no Evil” missions, fixed an issue that would trigger a “Mission Fail” for players if the intel was not consulted after killing the target and leaving the mission area.

Fixed an issue in “Age Against the Machine” mission that could not be started by interrogating the sentinel soldiers if they had been downed before.

In “Crossed the Line” mission, fixed an issue where mission objective would not update after reaching the rendezvous point.

You can check the detailed patch notes by heading here.