AT&T Watch TV is reportedly inaccessible for some subscribers

When AT&T dropped its Watch TV service from the new unlimited wireless plans the company unveiled at the end of October 2019, it was evident that the carrier was focusing more on its latest streaming services, HBO and HBO MAX.

Two of the three new plans AT&T introduced – Unlimited Starter and Unlimited Extra – took effect immediately, with the carrier promising to release the Unlimited Elite plan later on priced at $50 a month for four lines.

Of course, each of the three plans has its own perks. For instance, AT&T Unlimited Starter plan lets subscribers browse the web on their phones with the allocated unlimited data while the usual unlimited talk and text are also available in the U.S., Mexico, and Canada.

If you opt for the Unlimited Extra plan, you get all the benefits of the Starter plan in addition to 15GB data per line for use as a mobile hotspot at a cost of $40 for each of the four lines. On the other hand, the Elite plan includes 30GB data for mobile hotspot, HD streaming, as well as HBO for $50 a month.

HBO MAX will also be available for free as long as you are subscribed to any of the three new plans. But as noted at the beginning, the unfortunate bit about these three plans is that AT&T Watch TV service is no more.

Apparently, AT&T Watch TV service will be scrapped as the company looks to push its HBO and HBO MAX offerings. And as you can see, the new plans include AT&T’s latest movie streaming services. Reports of AT&T completely doing away with the Watch TV service have been around since July and popped up once again earlier this month. In the latest scenes, it seems AT&T Watch TV service is no longer accessible for subscribers, both via the app and website.

For the past week or so I’ve been kicked out of the Watch TV all almost daily. I had to finally change my password a couple of days ago to log back in. Now today I can’t login at all. I get a message saying “Looks like you’re no longer a subscriber. Subscribe again to get access.” I have Watch TV free through my phone plan. I have read that Watch TV will no longer be offered on AT&T phone plans. Wondering if this is the end…
Source

I can no longer access the app. I have been trying to access it since Friday and as of today still can not access it. Has this service been removed for customers?
Source

The fact that the AT&T Watch TV is inaccessible via the app and website could be the last nail in the service’s coffin. But the company has yet to make this communication official, although from the look of things, there possibly won’t be any fixes for the current issue. 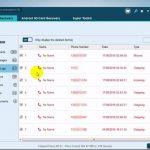