Samsung is one of the leading smartphone makers. As such, the company has a presence all over the globe. But then various regions have different requirements. This means that Samsung has to come up with different variants of the same device meant for different markets.

For instance, Samsung devices sold in the US are usually powered by Qualcomm Snapdragon chipsets while the European/international variants of the same are based Samsung’s own Exynos chips.

Also, in the US, most devices are sold through carriers. These carriers insist on customizing their devices, tailor-making them for their own networks and addressing their customers’ needs. This means that the carrier devices in the US are slower to get updates compared to the unlocked models.

And these updates are critical on Android. We live in a more connected age. Most people store very personal data on their devices therefore, security is paramount. It is often a race between these vulnerabilities on Android being discovered and fixes/patches being developed and rolled out. This is why we see a lot of security patch updates.

Well, Samsung is rolling out a new security update to the carrier unlocked version of the Galaxy S8 in the US.

The update brings up the build number to G95xU1UES7DSK4 and bumps the patch level to November. FYI, the global Exynos variant of this phone got the same monthly patch around a week ago.

Its changelog is equally simple:

It is worth noting that the T-Mobile Galaxy S8 has also been updated, albeit the build number the slightly different (DSK2). Although the official tracker is lagging behind, you can download the firmware package from various unofficial trackers and tools, such as Frija.

Samsung Galaxy Tab S5e on Verizon is also getting an update. Verizon says that the update goes to optimize device performance, resolve known issues and apply the latest security patches. It, however, does not mention what ‘known issues’ are being fixed by this update.

This update (ASK2) was supposedly compiled on November 22. I must say, the jump from August to November patch level is pretty significant.

Note:- For more related stories, head over to our Samsung section. 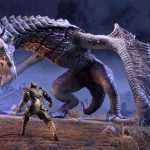