In the first few weeks with iOS, you might have found it difficult to get along. In case you happened to be an Android user, the struggle would have been so desperate that desired Apple devices to run Google’s platform.

The Cupertino tech giant wants to keep their operating system that way. Guess what! That’s why developers are finding vulnerabilities and exploiting them to gain an advanced level of privileges. Known by the name jailbreaking, this process needs special tools for each iOS version.

Jailbreak tweaks help you transcend the boundaries imposed by the manufacturer and achieve what you want. We have already reported the arrival of LockWidgets and a brightness sensitive Dark Mode toggle.

Today, another one intrigued us and it’s Spos for Spotify. As the name suggests, it is a tweak for those who wants to extend functionalities on the popular music streaming platform Spotify. Apparently, the tweak was already there, but version 3.0 has just gone live.

You can read the complete changelog below. When you start using Spos for Spotify 3.0 and encounter issues, never hesitate to comment about the same under this Reddit post. It’s available on this Repo for Cydia.

The official repository page of the tweak says it doesn’t support iOS versions below 11.0. So, make sure you have the appropriate iteration before you jump in.

Note:- Stay tuned to our iOS section to get details of more jailbreak tweaks. 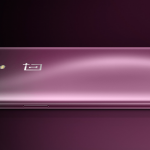 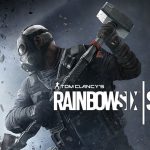