Pokemon Sword & Shield game has sold over 6 million units in its first week of release. It also became the fastest-selling Nintendo Switch game. The game was released on November 15, 2019, and it has managed to win the hearts of fans & critics.

Pokemon Sword & Shield game has added many new Pokemon. You can find its complete details by heading here. The game has been set up in the Galar region & it has also introduced Galarian forms to the game. Speaking of Galarian forms, they are similar to Alolan forms which came into existence as some Pokemon change their type & form due to modification of surroundings. The following Galarian forms have been introduced in Pokemon Sword & Shield. As a Pokemon Go trainer, one would like to catch and evolve every Pokemon, however, some Pokemon are more difficult to catch and evolve than the other. For example, Applin requires Tart Apple or Sweet Apple for evolving. If you don’t know how to evolve Applin, you can check more details by heading here. As we have seen in the previous Pokemon games, there are many Pokemon that cannot be caught, it can only be obtained by a person kindly giving you the Pokemon and these Pokemon are also known as Gift Pokemon. Mentioned below are all the gift Pokemon along with their locations. Interaction: Someone who just hatched Toxel Interaction: Look for Pokeball in Leon’s room after the completion of the league and becoming Champion 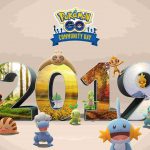