Nokia is back. The once endeared Finnish phone maker that fell from grace is back to making phones… Android Phones – good Android phones! The brand is now under HMD Global and has caused quite a stir in the few years that it has been back in the scene.

One of the reasons Nokia phones are so beloved today is its software. While everyone else in the smartphone industry is building their own skin such as Samsung’s One UI, Huawei’s EMUI or ColorOS from OPPO/Realme – Nokia is sticking to the basics.

Nokia phones are part of the Android One program. This means that, the software they run is a plain and simple as possible. As barebones and unadulterated as possible.

It is, therefore, no surprise that a good chunk of Nokia’s devices have already been updated to Android 10 and many others set to follow suit.

Today, Nokia is rolling out the November security update to the Nokia 2.1 as well as Nokia 2.2. These devices represent some of the best entry-level Android devices in the industry today. They also offer a rather decent Android experience because, well, Android One.

2018’s Nokia 2.1 got the October security update during the first half of last month. The November Update follows the same trend, pretty much. It packs little in terms of system features other than bumping the patch level.

You can download the update zip using the link below.

Also getting the update is the Nokia 2.2. The successor to the Nokia 2.1, Nokia 2.2 also ditched Android Go in favor of full-blown Android One distribution.

These devices’ changelogs might not say much about the update. It might seem so unimportant but it is crucial that you update your device with these monthly updates when they are made available.

Android is a vast and fragmented ecosystem. It, therefore, goes without say that there are bound to be loopholes and vulnerabilities in the system. These Android Security patches are meant to address such issues and seal up these loopholes.

According to Nokia’s roadmap to Android 10 that was released soon after the launch of Android 10 back in September, the Nokia 2.1 should get the update in Q2 of 2020 while Nokia 2.2 should be getting the same in Q1 of 2020. 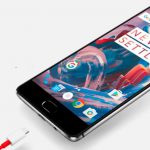 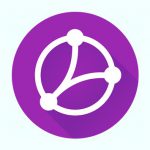