With every One UI 2.0 beta release, Samsung moves a step closer to rolling out the stable version of Android 10 to the Galaxy S10 series.

The most recent Galaxy S10 Android 10 beta update rolled out yesterday. As expected, no new features were included in the ZSKF build, instead, a bunch of bug fixes and performance optimizations were included.

Considering this is the fifth beta update for the Galaxy S10 handsets, it’s safe to assume Samsung will begin rolling out the stable version pretty soon, but we just can’t give you any dates.

Looking at the screengrab above, one of the changes included in build ZSKF is a fix for an issue where photos captured by any of the three phones’ Camera are not displayed in the Gallery app.

Apparently, several participants in the One UI 2.0 beta program have been experiencing issues with not only the Camera and Gallery apps, but also other multimedia apps such as Music and Voice Recorder not working properly.

Hello, I’m in charge of beta operations. There are often questions about missing photos or videos in the gallery. If the multimedia apps such as camera, gallery, music, voice recorder do not work properly, please proceed as follows.
Source

We expect that these issues won’t get past the current One UI 2.0 update in the beta channel, but you can never rule out anything when it comes to software development (and updates).

For this reason, Samsung has provided another workaround just in case the current One UI 2.0 multimedia app issues persist and the steps are as follows:

Samsung further notes that in case none of the above workarounds address the multimedia app issues in One UI 2.0 update, make sure to report the error to the team so that the issues can be addressed presumably before the stable rollout begins. 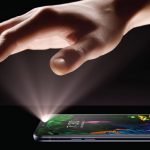 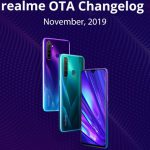