Even though the smartphone is a widely used gadget, it isn’t the only one out there. Irrespective of how advanced a phone becomes, we can’t rule out the utilitarian value of computers. Speaking of computers, many prefer laptops to desktops.

Chromebooks are Google’s version of laptops that rely heavily on the internet. Instead of Windows or macOS, it runs ChromeOS and performs variety of tasks using the browser. In case you are not aware, the first ever Chromebooks went live in 2011 (Samsung Series 5 and the Acer AC700).

Google extended support for Android apps on Chromebooks in 2016. However, it didn’t seem to have affected the customers in terms of usability. That’s why the Mountain View-based tech titan moved to a feature for running Linux applications (codenamed as ‘Crostini’).

The company announced in their Google I/O 2019 conference that every Chromebook releasing in this year will come with built-in support for Linux apps. This is made possible by installing Debian 9 (Stretch) in a Linux container.

Although Debian 10 (Buster) came out earlier this year, ChromeOS still uses the previous version. But, they might upgrade to the latest iteration by the time ChromeOS 80 goes live. But, you can do it manually through this script.

So, you have got Debian Buster. What about getting snapd and GNOME software? Click on the white circle in the lower-left corner. From the list of apps, you need to open Terminal and enter the following command.

Restart the device and hurray!! You can now see all your existing apps with many more packages available at a single store. Do you not want to get your hands dirty with these scripts? Then, it’s better to wait for ChromeOS 80.

You know ‘Crostini’ doesn’t work on all the Chromebooks, do you? If you have an old device, chances are slim for it to support Linux apps. But, most of the products that hit the market in the last 2-3 years do work well with them. 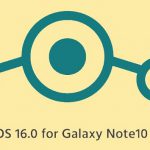