Growing up watching Japanese animes, I always wondered how nice it would be to have an anime set in India, with a desi story and characters who speak my mother tongue. It’s not an uncommon thought.

So when Delhi-based animation studio Durga Studio launched the trailer of Karmachakra: Episode Zero, the first Indian anime movie, it took the entire Indian anime community by a storm. Here’s my take on the 20-minute pilot that was released on YouTube as a miniseries.

Karmachakra: Zero – A quick review of the mini-series

Karmachakra is an animated feature in Bengali, that tells the story of an orphaned girl named Ganga and the mysterious events that happen around her.

The mini-series starts off pretty dark. Two kids playing by a pond suddenly witness a murder. It’s obvious they are in the middle of social conflict, but the audience can’t quite place a finger on it. 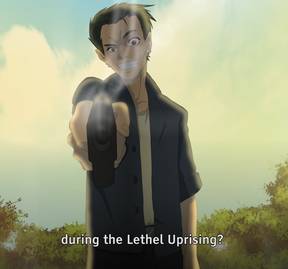 Part 2, released two weeks after the first, opens at a university classroom, where students reluctantly listen to a lecture on ‘synchronicity’. We are also finally introduced to our protagonist – an academically sound orphan girl named Ganga.

While storywise there is very little to grab at from these two very short sequences, it is clear that it is meant for young adults and centers around the concept of ‘Karmachakra’.

In the words of the studio’s CEO and creator of the anime Rajorshi Basu:

“It alludes to the cycle of action and reaction, involving a non-linear story that is generated through a complex web of interactions between a gamut of characters each with their own history and motivations.”

When it comes to animation, Studio Durga has done a great job with the minimal resources available to them. While those who understand the pains of animation would appreciate the effort, the series also runs the risk of putting off fans who are spoiled by the stellar works of Japanese studios. 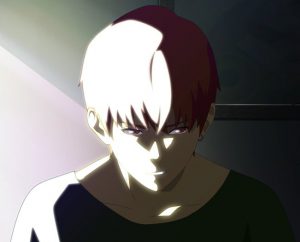 The area where Karmachakra scores best is sound and background music. The almost wordless first part released is held throughout by a great audio transition that maintains the mood of the scenes. To top it off, the Bengali voice actors do a convincing job of sucking you into the story.

Now that I was hooked, I had to find out when the full feature was releasing. So I reached out to Studio Durga’s CEO, Rajorshi Basu.

Where and when will the full movie release?

Studio Durga has been working on this project for over two years and plans to complete the production of the 80-minute feature by mid-2020. But the studio is still struggling to find a platform for release. While the 20-minute pilot struck a chord both with artists and distributors, OTT platforms such as Amazon Prime, Netflix and the likes were still apprehensive about releasing an ‘Indian anime.’ As per Durga Studio’s Rajorshi Basu

They explained that despite popular opinion, OTTs are still struggling to make a mark in India as the number of actual paying subscribers is not significant, and titillation, graphic violence and oversimplified plots are prerequisites for mass appeal.

And this faith may not be completely misplaced given that the community has made it possible for ‘DBS Broly‘ and ‘Weathering With You‘ to be screened in Indian theatres. But, will they make a similar effort for a homegrown anime? Surprisingly the anime community is responding positively to Karmachakra.

Since the trailer, and now the miniseries has dropped, it garnered huge support from the community through social media and forums with hashtags like #indiawantsanime. From blogs to YouTube react videos, the anime fandom is trying hard to give the organic social push that it needs.

“Significant social media metrics will enable us to eventually monetize and release the movie for everybody, be it in theatres, OTT, or both,” concludes a hopeful Rajorshi Basu. 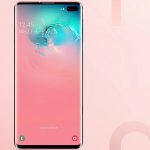 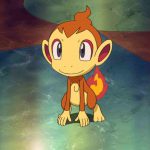