We all have played video games in our childhood but some games become special and leave an everlasting memory. Well, a game called Moshi Monsters which is popular among young ones and has 80 million registered players, is shutting down on December 13, 2019.

In the game, players are required to choose a pet that they can nurture. The game features six pets which include the following: Diavlo, Luvli, Katsuma, Poppet, Furi, and Zommer. Players can roam around Monstro City & they can also do daily challenges to earn in-game currency called Rox.

Players can also communicate with each other while playing the game. They can also personalize their room and do other in-game quests. Moshi Monsters game was released on April 16, 2008, and was created by Michael Acton Smith. Mindy Candy has developed the game. It is an online game that runs on the Adobe Flash Player engine. The success of the game can be inferred by the number of players it garnered in just one year. Moshi Monsters registered 10 million players by the end of 2009. Mindy Candy extended the Moshi franchise by releasing Moshi Monsters Village in July 2013 for Android devices. Moshi’s universe was further extended with the release of Moshi Karts in February 2014. Moshi Karts is available on iOS devices. In June 2014, Moshling Rescue game was released for both Android & iOS devices. Amid these new releases, the popularity of Moshi Hunters took a steep fall in 2013 & Mindy Candy suffered a loss of £2.2m due to a drop in sales. The company also planned to re-launch the game in 2015 but it never happened. Cut to now, Mindy Candy has decided to shut down the game on December 13, 2019. Game developers have also released an official statement on the Moshi Monsters website. You can check its complete details down below. The Moshi Monsters web game will be closing down at midday (GMT) on 13th December 2019. Thank you for joining us on the first part of our monsterific journey and helping us make Moshi Monsters such a splat-tastic online experience!

If you are an existing paid subscriber, your subscription will not auto-renew and will lapse within the next 30 days. Regardless of the date on which your subscription stops, you will be able to access the game and enjoy full subscription benefits until the site closes on 13th December.

If you are a free user, nothing will change until the site closes on 13th December.

In the meantime we want you all to enjoy your final days with us, so enter these one-time use codes at http://www.moshimonsters.com/secretcode to unlock special Moshi goodies: The closure of Moshi Monsters will surely sadden the fans, but they can still play other Moshi Universe games including: Moshi Twilight Sleep Stories and Moshi Monsters Egg Hunt. 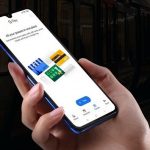 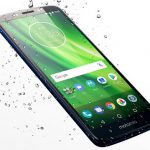