The upcoming gaming title Star Wars Jedi: Fallen Order is about to be released on November 15, 2019. It is a single-player action game that has been developed by Respawn Entertainment and it has been published by EA.

The upcoming Star Wars game universe has been set up after the events of Episode III – Revenge of the Sith, which was released back in the year 2005. The game was announced last year at E3 2019 and will be released on the Xbox One, PC and PS4 platform. 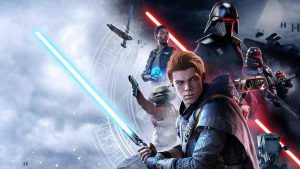 Well, on the pre-ordering of the game you will get bonus skins for the in-game cosmetics. Pre-Orders features two different editions, one being the Standard Edition and the other being the Deluxe Edition. The standard edition features four bonus skins, which also include Lightsaber Blade skin. You can check out the details of the bonus below. In Deluxe Edition, players will get a “Director’s Cut” suite of behind-the-scenes features and content as well as additional unique cosmetic equipment. Also, the bonus for Standard Edition is also included in the Deluxe Edition. The details for the Deluxe Edition bonus are mentioned below. The Standard and Deluxe Edition pre-order bonus for all platforms features the same content. Pre-orders are live for all gaming platforms. If you are interested in pre-ordering the game, you can visit the official link by heading here.