OnePlus introduced flagship processor into the mid-range segment. Debuted with OnePlus One, they have shown the world it’s quite possible for an OEM to pack in a high-end SoC without charging a grand.

However, OnePlus 2 was a failure. According to the founder, they got arrogant with the OnePlus 2. In an attempt to create a more mainstream product, they missed things like NFC and a few others and forgot who their users were.

With the third generation device, OnePlus came back with a bang. The phone was a huge success that they launched a ‘T’ version to repeat the victory. And, the brand continues releasing ‘T’ variants ever since. This year, they simultaneously launched two models (OnePlus 7 and 7 Pro).

The Shenzhen-based firm offers fluid software experience with their Oxygen OS. With the close-to-stock OxygenOS, OnePlus phones didn’t seem to have brought up many bugs before Android 10. But, post the update, the scenario is changing.

Reportedly, Digital Wellbeing and Google settings are disappearing from OnePlus6/6T after Android 10 (OxygenOS 10) overhaul. And a few days ago, we have reported the fingerprint animation glitch on the same series as well.

Guess what! We have got our eyes glued on another bug, pertaining to Shelf. Almost all OnePlus users know what Shelf is. In case you are a new customer or you don’t even have a OnePlus phone, let’s hear about it from the company.

In OxygenOS, Shelf is a personal space for organizing a day’s life easily. Memos, calendar, weather, and the music player can all be put in Shelf freely. It can be accessed with a single swipe from the Home screen.
(Source)

After updating to Android 10, the bottom half of the Shelf went un-scrollable. Our investigation got us many users with the same concern on the official forum (1, 2, 3, 4), Reddit, and Twitter. Though most of their phones are OnePlus 7/7 Pro, we can confirm the occurrence of this issue on 6T also.

1) Not able to scroll down the shelf to use all the available cards, it will be locked at the very top all the time.
2) not able to open apps and other tasks in toolbar (occurrence 75-80%)
(Source)

So, how do you get away from this error? As of now, the manufacturer hasn’t responded to the users’ pleas. Meaning, you will have to let go of the bottom half and deal with the top to scroll. Moreover, there’s no harm in clearing the Launcher cache. 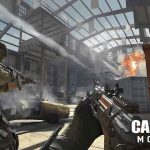