HMD Global has already released the stable version of Android 10 to the first device in the Nokia 8.1. This update, which is expected to trigger a series of other Nokia Android 10 updates before the end of Q4 2019, was pushed a few weeks after Google started rolling it out to the Pixels.

That’s what you get with Android One devices – the promise of timely software updates for a period of at least two years.

Being the current flagship, many expected that the Nokia 9 PureView would lead other Nokia devices in receiving a stable update to Android 10. But this was easy to rule out following the inclusion of the Nokia 8.1 in the early Android Q beta program at the expense of the PureView.

Still, HMD promised that the Nokia 9 Android 10 update would be ready to roll out before the end of Q4 2019 alongside the Nokia 7.1 and Nokia 8.1. Now that the latter is off the hook, attention has now shifted to the former two.

Thanks to the same tipster who unearthed the internal Android 10 builds for the Nokia 7.1 and Nokia 6.1 duo, we have our eyes on what it feels like using the Nokia 9 Android 10 update. It looks smooth and without any issues, which could mean the testing process is approaching the end.

From the heavily-watermarked screengrab above, we can see that the current Nokia 9 PureView Android 10 update has the latest October security patch level. This, as expected, says anything regarding the projected availability of the OS.

Rest assured we will keep an eye on the Nokia 9 Android 10 update developments and update this post when we get new updates. Be sure to stick to our Nokia and Android 10 sections for more related coverage.

NOTE: You can check out the hands-on video below.

HMD Global Chief Product Officer, Juho Sarvikas, has responded to a tweet regarding when the Nokia 9 PureView Android 10 update will be released, revealing that the final Android 10 release candidate is currently being tested, a process that could take a couple of weeks.

If this final release candidate turns out perfect, the Nokia 9 PureView Android 10 update should arrive end of this month or maybe early December.

After a series of teasers and leaked builds, the final stable Android 10 update is here for Nokia 9 PureView. The build (V5.31D) comes with November patch. Details here. 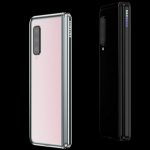