A lot has been said about the Google Pixel 4 battery capacity, with many early reviewers reporting poor battery life, something that undoubtedly doesn’t inspire any shred of confidence about how the Pixel 4 might fare on the road.

Of course, not every single Pixel 4 or Pixel 4 XL unit out there is having poor battery life, especially thanks to the varying usage levels from one user to the next. The various battery-saving mechanisms available also mean battery life will always vary.

While there may be various causes of excessive battery drain on the Pixel 4, including the new Soli radar chip, standby power consumption is now emerging as a prime culprit on some affected units.

Standby power consumption is basically how your phone uses battery power when not in active use. To monitor battery usage when not in use, Android first got a built-in power management tool called Doze mode with Android Marshmallow.

With Doze mode enabled, your phone uses the least amount of battery juice when unplugged, not in use, and when the display is turned off. In basic terms, Doze mode sends your phone into a deep sleep mode when idle, only allowing tasks that are critical to the system to run.

From what several Google Pixel 4 users are reporting, though, it seems the device loses more than 10% battery juice when idle, meaning deep sleep isn’t doing its job. What’s even annoying is that there doesn’t seem to be any known cause for this issue.

I’m in the same boat. I have no deep sleep on mine today. So subscribing to get ideas.
Source

Android apps can prevent your Pixel 4 or any other Android device for that matter from going into deep sleep mode using what is known as a “wakelock”.

When a phone enters deep sleep mode, it gets in the way of how some apps would want to work. Some of these apps can use a wakelock to bypass deep sleep restrictions, causing the battery to keep draining even when you are asleep and not actively using the phone.

Some users who have been busy digging for possible causes of the Pixel 4 deep sleep issue say overheat mitigation wakelock could be keeping the phone awake even when in deep sleep, but its possibly not the only culprit.

I found the cause but not the solution: DIAG_WS kernel wakelock is keeping phone from entering deep sleep. Rebooted to make sure not a frozen process. The problem is I can’t find a single bit of information on what this wakeclock is anywhere on the internet.
Source

I also have the DIAG_WS wakelock with ~3% per hour screen off battery drain. Trying to turn off NFC and I’ll report back if it works.
Source

Some say turning off NFC and rebooting affected Pixel 4 units fixes the issue, but others say the issue re-emerges after a while, which makes it a temporary fix.

For me the wakelock sometimes goes away after a reboot, in other cases it doesn’t. I rebooted twice this morning and it was still there, then I plugged my phone in and rebooted while plugged and it was gone. Bizarre.
Source

Someone else experiencing the Pixel 4 deep sleep issue says they downloaded the Naptime app from the Google Play Store and now the device “deep sleeps like a baby”, so you might want to try this trick too.

Given the various solutions don’t work for all affected units, the best fix is for Google to push a software update to address the Pixel 4 deep sleep issue. So far, the company hasn’t acknowledged the issue, but we’ll keep an eye on it and update this post as and when we get news. 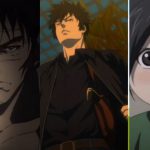