The release of Pokemon Sword and Shield is just a few weeks away, and players are pretty excited about its arrival. Leaks regarding the game have also increased in the last couple of days. Earlier this week, many new Pokemon have been leaked for the game.

Also, Pokemon should be engaged in a Max Raid Battle if players wish to use the Gigantamax form of Pokemon. Gigantamax forms of many Kanto region Pokemon were revealed last week, which includes the following: Pikachu, Eevee, Charizard, Butterfree, and Meowth. Have a look at the teaser below. In a new leak, a few more Galarian forms have been leaked, which will become part of the upcoming Pokemon Sword and Shield game. Speaking of Morpeko, it has two forms – Hangry Mode and Fully Belly mode. Morpeko can launch an electric wheel attack in its full belly mode and the wheel type changes to a dark type when it gets into Hangry mode. 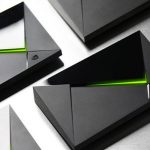