The LG V40 ThinQ is no longer LG’s flagship phone, which means it will always be second or third to other LG phones in terms of receiving software updates. However, the story with Sprint’s LG V40 Android Pie update is a different level of madness, if you may.

Here is the thing. It’s November 2019, which marks over five months since Verizon Wireless and AT&T updated the V40 ThinQ to Android Pie. The two were the first American carriers to roll out the OS to this device.

Throughout the month of June 2019, the U.S. unlocked and T-Mobile variants of the V40 picked up their Pie updates and so did the global/European model. Those in India had to wait until early August to receive the same update on their V40 ThinQ units.

To date, Sprint has yet to provide an update to Android Pie for V40 ThinQ owners. What’s even more baffling is that when asked about it a while back, the customer rep seemed clueless about it, which is nothing unusual coming from any company customer support.

Back in March, reports surfaced suggesting that Sprint LG V40 Android Pie update was nearing release. This was after the device’s Pie-based beta firmware popped up online as build V18a.

While nothing ever materialized out of this V18a beta firmware, it is now emerging that Sprint is once again testing the V40 Android Pie update ahead of rollout.

According to My LG Phones, the firmware being tested has version V18e, up from version V15d that brought the October security patch based on Oreo 8.1. Still, we can’t give you any dates as to when to expect the stable version to arrive, especially after what happened with the previous beta.

On the brighter side, its good to see that Sprint is still working on providing Android Pie update for the V40 ThinQ, even if its way into the Android 10 territory. To think that the V40 will also be upgraded to Android 10 is a shocker, but we remain hopeful. 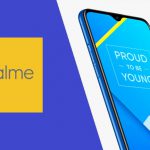 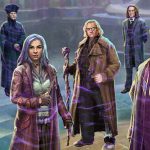