Minecraft Earth, the Augmented Reality game for mobiles developed by Mojang is being released worldwide. The game is a spin-off of main Minecraft and was announced in May 2019. The game was released as an early access in October 2019.

The game is similar to Minecraft and focuses on building, crafting and exploring.

The game is developed on the same Bedrock engine as the main Minecraft game. While in building mode, the players can build structures on Buildplates with the help of other players, the resources can be gathered using different tasks and adventures. The game has mobs similar to the Minecraft game. Mobs are different living entities that are available in the game by spawning. Mobs can be spawned naturally, often with other similar mobs. Mobs can breed and spawn baby versions of themselves.

Mobs have some characteristics and behavior similar to players. The mobs can be hurt and behave in a fixed manner. Each mob has an AI system which controls the behavior of the mob and its characteristics. In lieu of the Minecraft Earth ongoing world launch, the game has introduced 3 different mobs in 3 major cities. The announcement was made on the official twitter handle of the game. The tweet read –

To celebrate the ongoing worldwide launch of Minecraft Earth, we’re about to bring three unique mobs into reality in three major cities. Meet the lovely Muddy Pig, Moobloom, and… who’s that in the background? The mobs are similar to one’s in the main minecraft game. The devs have been adding content like this to boost the game’s popularity as the game is released in different countries.

The announcement was received with mixed comments. While some were happy to see new mobs added to the game, other players wanted the game to be released worldwide. Some of the players even expressed their displeasure at the game releasing state by state as well. What do you think about Minecraft Earth? Let us know in the comment section below!
PiunikaWeb started as purely an investigative tech journalism website with main focus on ‘breaking’ or ‘exclusive’ news. In no time, our stories got picked up by the likes of Forbes, Foxnews, Gizmodo, TechCrunch, Engadget, The Verge, Macrumors, and many others. Want to know more about us? Head here. 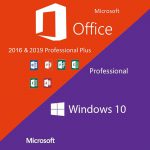 Autumn sale: Grab Windows 10 Pro OEM key for as low as $12, offers on Microsoft Office too