Samsung took the smartphone world by storm when it announced DeX alongside the Galaxy S8 and S8+, a mobile platform that is aimed to transform your already powerful smartphone into a personal computer (PC) of some sort.

The original implementation of Samsung DeX wasn’t the best to be fair. In order to turn your smartphone into a PC, one had to connect the phone to a monitor, keyboard, and mouse via a dock station dubbed DeX Station.

The DeX Station had a USB-C port, two USB 2.0 ports, ethernet, and HDMI 2.0 output, but things got better when Samsung tweaked the entire DeX experience with the launch of the Galaxy Note 9, where users no longer needed to dock the phone into a separate docking accessory.

Instead, DeX mode sprung to life when an HDMI to USB-C adapter is connected to the Note 9 and any monitor. Even better is that the updated Samsung DeX would allow the phone to be used to answer calls and send text messages even when in DeX mode, meaning it was no longer just mimicking a PC. Up until now, I’m still not convinced why one would want a smartphone that mimics a desktop rather than go for a full-blown PC. Even as I still hunt for answers, those using the original Google Pixel can as well join the Samsung DeX-like fun and turn this phone into a PC.

This functionality has been made possible by Maru, the open-source software that has been around since 2015/6 targeting to turn smartphones into offering desktop experiences.

Support for MaruOS has so far been limited to the Google Nexus 5, Nexus 5X and Nexus 6P, but now it’s supported on the smaller Google Pixel (2016) too thanks to the latest installation to version 0.6.8. Below is the full changelog of the latest Maru v0.6.8 update.

New
– Google Pixel (sailfish) has been added to the build roster (thanks @utzcoz). This is an early pre-release build so please help us test to confirm it is stable.
Fixes
– Firefox crashes on start-up ([email protected]) – hammerhead (Nexus 5)
– Android security patches up through September 2019
Source

If you feel like getting aboard the Maru ship with your Google Pixel, the developer has a guide on how to get going. You’ll first need to install ADB on your computer and TWRP custom recovery on your phone. When done, follow the steps below to turn your Pixel into a PC.

Download
1. Download the latest update zip for your device (it will look like maru-v0.x.y-update-sailfish-.zip). FYI, if you would like to restore access to the Play store, you can download a third-party Google Apps zip and install it alongside Maru during this installation process.
2. Download the update zip directly from your device’s browser. If you downloaded it via a PC, push the update zip to your device by opening up a terminal (Linux or Mac) or Command Prompt (Windows) and running the following: $ adb push -p maru-v0.x.y-update-sailfish-xxxxxxxx.zip /sdcard/
Backup
3. Reboot to TWRP custom recovery using the command: $ adb reboot recovery
4. Take a complete back-up before proceeding so it’s easy to revert back if needed. Just tap Backup > Swipe to Backup.
Install
When you are ready to install Maru, do the following:

6. Tap the Maru update zip you pushed earlier (you may need to scroll down)

8. Hit back till you are at the main screen, then Wipe

The developer notes that at some point you may be asked to install SuperSU to root your device. Unless you are into rooting and stuff, it’s best to tap “Do Not Install”. Also, regardless of the method used to install Maru, the first boot will take some time so please be patient. 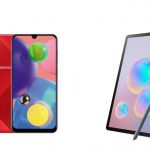 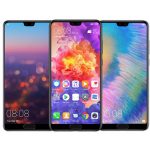