Pokemon that will be used by Cliff are the following: 1) Meowth 2) Snorlax 3) Tyranitar or Infernape. Players can use the combination of Machamp, Hariyama and Blaziken to defeat Cliff.

Arlo uses Steel-types and Dragon-types Pokemon, and according to player reports, Arlo can have the following Pokemon: Scyther, Magnezone, Dragonite. Players can use a team of Mamoswine and Moltres to defeat Arlo.

Team Go Rocket Leader Sierra uses Dark-type and Fairy-type Pokemon. Players have seen the following Pokemon while encountering Sierra : Sneasel and Gardevoir. Players can use a team of Machamp, Hariyama and Metagross to defeat Sierra.

To save Shadow Pokemon, they need to be purified with a process called Purification.

It requires a certain amount of Candy and Stardust to purify the Shadow Pokemon. Apart from that, Swords of Justice member, Cobalion is now available in raids. Cobalion is a Tier 5 Raid boss and will stay live in raids until November 26, 2019, at 1 p.m. PST.

You can check its complete raid guide by heading here. 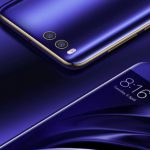