Want original quality Photos backup for Google Pixel 4? This workaround will help if you have an older Pixel Google didn’t bother having a fully in-house smartphone series until 2016. In the past, they used to collaborate with other OEMs to come up with Nexus devices. To recall, Nexus 5X was manufactured by LG whereas Nexus 6P, Huawei.

In 2016, Google decided to back off from the collaboration to release a smartphone duo, fully conceived at Mountain View. That’s how the original Pixel and Pixel XL came into existence. In the launch event, the company had an alluring announcement.

The search engine titan offered unlimited and indefinite original quality Photos backup for the first generation Pixels. By the time they launched Pixel 2, the offer shrank from indefinite to a fixed period. And, Pixel 3a and Pixel 4 don’t even come with original quality backups.

In case you want to backup media files captured using Pixel 4 or 3a in their original quality, you will have to buy the subscription. What if you don’t mind trying out a free but unofficial workaround? Well, we have got one for you.

Before you proceed, you need to have two devices (one with access to original quality backup and another, without it). Moreover, the requirements include a Windows 10 computer, ADB installed and added to path version 1.0.41, USB debugging enabled on both phones, and Type-C cable for connection between PC and computer.

Don’t forget to download this executable file from Github. The developer had also uploaded the source code so that you can ensure there are no harmful entries in it. Quoting the Reddit post, the preliminary setup includes

Make sure ADB works for both devices (You should see the attached device’s serial number with command adb devices in the command prompt)
Disable Automatic backup in Google Photos on Pixel 4
Settings -> Backup and Synchronisation -> disable Backup and Synchronisation
Download Google Photos HTML5 on Pixel 4
Go to photos.google.com in Chrome
Press three dots menu in Chrome, click Add to Home screen
Initial Test: Run the program first with a few pictures and videos to test if the program works correct, before using it normally.
(Source) 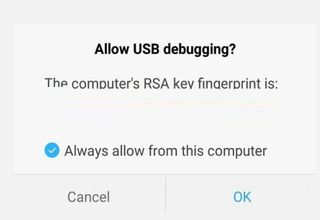 Steps
1. Open the downloaded executable file, which is android_file_transfer.exe or you can launch the Python script.
2. Now, it’s time to attach the source (Pixel 4, obviously).
3. Don’t forget to choose the settings accordingly and hit Start.
4. On completion, disconnect Pixel 4 and plug the backup enabled device in.
5. Finally, click Start.

There you go! Before you go on to trying out this workaround, you need to have a look at the warnings the developer has posted himself. And, we recommend you not to get your hands dirty if you don’t know what you’re doing. 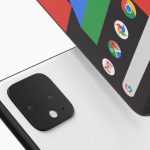