Destiny is an online multiplayer shooter developed by Bungie and was first published by Activision. Bungie’s separation from Activision this year has resulted in the game self-published by Bungie.

Destiny was first released on September 9, 2014, for the PlayStation 3, PlayStation 4, Xbox 360, and Xbox One consoles. Destiny was Bungie’s first franchisee other than the Halo series. Destiny is set in a fictional world which features a shared environment for multiple players and has different PvE and PvP game types. Players play the role of a Guardian who are the protectors of Earth’s last standing city from aliens.

They wield a power called Light to help them fend off attacks from the aliens.

Destiny 1 was, however, was not well received by critics and majorly drew attention to its weak story. However, its sequel, Destiny 2 was well received and even the critics praised it. The story was more robust and the introduction of a new strong villain was the main point of it being well received by the critics. The game still has a strong player base and recently the players have been reporting a strange error that has been plaguing the game. The strange error which has been reported by players has to do something with the access permissions of online multiplayer gameplay.

The error which shows up reads – “permissions to access online multiplayer gameplay may have changed” is being encountered by many players across the globe. Players weren’t confused for a moment, and multiple reports suggested that this was a problem on Bungie’s part. The devs took note and tweeted out that they have been monitoring the situation and are aware of the error. The tweet was made on the official twitter handle of Bungie Help. Take a look at the tweet here – As of the time of the writing, there was no further news if the error was handled. But we will keep you updated about the same here. What do you think about Destiny 1 & 2? Let us know in the comment section below! 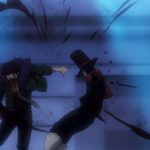 My Hero Academia: Overhaul's past and Quirk 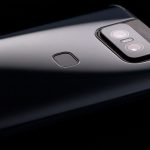