Respawn Entertainment, the production studio behind one of the most popular Battle Royale, Apex Legends has now finally announced that they will be bringing the Duos to the game.

Apex Legends from its launch has been a three-man squad game and despite repeated requests from the players, it wasn’t until Season 2 that the players didn’t get to experience solos as a limited-time mode.

The players thoroughly enjoyed the solo mode and they were pretty heartbroken when the mode was removed. The same is gonna be with the Duos. The Duos game mode will be added on November 5 as a limited-time mode.

Season 3’s first event – The Halloween event featured the first limited-time mode called Shadowfall which allowed the players to jump into a night version of Kings Canyon and play as solos. Respawn hasn’t revealed if the duos mode will be part of some event or not. But like the past modes, we think there is a good chance that the mode will come as a part of new event.

Starting next week, for a limited time, it takes ✌.

Dive in to Duos 11/5. pic.twitter.com/uJkk7txcNE

Players will be teamed as two-man squads but they will also be a queue in solo with another random teammate to join them.

The new mode also begs the question that why Respawn is not adding the solo and duo mode to be added permanently in the game even with the community asking for them. There isn’t any news from the devs on whether they are planning on adding the modes permanently.

However, the devs have earlier responded that Apex Legends was planned as a team-based game and the solo and duos will be added as Limited Time modes. This makes sense as the legends with all of their unique abilities working as a team was the meta at the launch of the game.

Sure as the game evolves there may be a chance that the solos and duos added as permanent game modes.

What do you think about the Duo Limited Time Mode? Let us know in the comment section below! 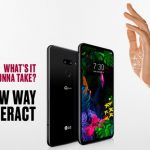