Need for Speed Heat will have bikes including BMW s1000rr, leak suggests The Need for Speed Heat game features two types of races, which include the following: 1) Speedhunters Showdown 2) Underground Racing. The completion of Showdown races will reward players with in-game money, which is called the Bank and can be used to customize and upgrade cars.

Nighttime races fall under the category of Underground Racing. Police patrol stays very proactive at night as they are tasked to shut down street racing in Palm City. In ‘Underground Racing,’ players will earn Rep instead of money, which players can use to level up their character.

Ferrari cars are making their return to NFS series with the upcoming title. Fans are really happy to learn that Ferrari cars will be made available for the NFS Heat series. EA has also released a complete list of cars that will be available in the game. You can check the list by heading here.

Apart from Supercars, the game is also expected to feature bikes, and a data miner has leaked this information on Reddit. The leaked code suggests that the Need for Speed Heat includes BMW and Honda bikes. Have a look at the leaked code down below. We certainly hope, Need for Speed Heat will break the jinx and will be one of the most successful Need for Speed titles. Let us know your expectations for the game in the comments section below. 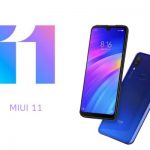