A popular Pokemon Go player and YouTuber Reversal has confirmed the data mined information and has also revealed the corresponding reward for the completion of 100 Km Level 4 Adventure Sync Goal. Players will get 16000 Stardust for achieving the 100 km goal. Have a look at the reward screen down below, confirming 100 km Goal reward. 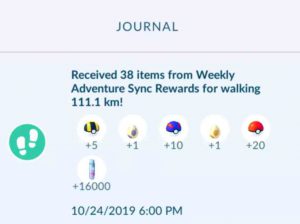 For a quick refresher, the Pokemon Regi Trio event will start on November 1, 2019. Under the event, Regi-Trio (Regirock, Regice, and Registeel) will be returning to the game in relation to “A Colossal Discovery” event, which features Regigigas. Regi-Trio (Regirock, Regice, and Registeel) will appear in raids as Tier 5 Boos. Lucky players may encounter their shiny versions. Also, the spawn rates of the following Pokemon will be increased during the event: Geodude, Swinub, Aron, Spheal, and Magnemite. 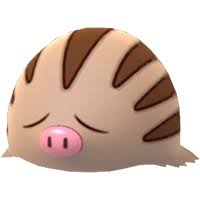 There is also an egg pool shakeup under the Regi-trio event. The following Pokemon will hatch more often from eggs under this event: Shuckle, Sneasel, Skarmory, Snorunt, Beldum, and Aerodactyl. The event also features 2 X Incubator effective bonuses for players. Speaking of the Regigigas event, it is a paid event, and it costs USD $7.99. The Regigigas Colossal Discovery Research event features a variety of rewards for players, which includes the following: an exclusive medal, Avatar Pose, Unova Stone (1), and Sinnoh Stone (1). However, players can also encounter Regigigas in November ex-raids.