Ghost Recon Breakpoint is Ubisoft’s latest online tactical shooter. The game was released worldwide on October 4 for Windows, PS4 and Xbox One users. The game received mixed reviews from the critics. The game didn’t do well in the market as well. The reviews weren’t good as well. The bugs in the game made it worse and it wasn’t too long before Ubisoft realised that the game was a mess in the present state.

The Ubisoft CEO also recently admitted that they did a poor job with the game. The developers have accepted and have released a pathway for the future of the game. The update was intimated through the game’s twitter channel. The devs issued a full letter telling how they were listening to their player base ever since the game was launch. They also promised that moving forward, they will be improving the game and will be working on the feedback they get.

The devs accepted the technical state of the game and have promised a couple of updates in November promising players a fix for the technical issues for the game. The devs have also jot down a list of known issues of the game which they will be working on. 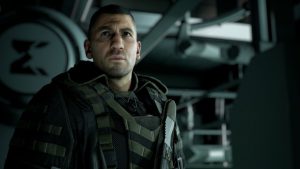 The next point on which the devs will be working on is the post launch content. There has been little post launch content for the game. The devs have intimated the players that they will be coming out with new content and events in December, although they haven’t mentioned any date in the update.

The devs have assured the players that they are working on A.I. teammates and will update players when the feature is near completion. They also have promised to improve in the in-game economy.

The devs have set a path which surely gives hope for the players for the improvement of the game. You can read the full update letter here.

What are your thoughts on Ghost Recon Breakpoint? Let us know in the comment section below!

Next article One Piece Chapter 960: How Denjiro could be Koushirou