The ‘smart’ label is not just limited to phones today. We now have smart watches, smart bulbs, smart switches, and what not! They all minimise human effort in carrying out activities. Take smart watches for example. You can use them to even receive calls and reply to messages.

When buying a smart watch, an iPhone user can’t avoid Apple Watch. Released in 2015, the device has gone past four generations. The latest in the market is Series 5 that went official about a month ago.

Apple Watch work in sync with your iPhone. Moreover, it can even communicate with a MacBook. What if the syncing functionality doesn’t work? An avid user will surely go paranoid. Guess what! That’s exactly what is happening to many right now. Let’s hear a concern!

Can’t sync voice memo from Apple Watch to iOS or MacOS
I have an Apple Watch 4 running on WatchOS 6.0.1, and I recorded a voice memo two days ago on the watch.
Just now I want to check the memo on my iPhone 11 running iOS 13.1.3, but in voice memo app I found only the old ones I recorded on my previous iPhones.
Then I tried to find it on my MacBook Pro running Catalina, but still nothing there, just the old ones from iCloud.
Both the Watch and MacBook are logged into the same iCloud account, and other iCloud features like photos, files, 3rd party recording app are all working fine on my watch and iPhone and MacBook.
Maybe the memo is too long? I guess. So I made a short one with only 10 seconds on my watch. And I wait and wait and wait. Nothing appears on my iOS devices(iPhone and iPad) or my MacBook.
This is so disappointing since it’s all Apple devices and services and they just can’t work. Even 3rd party recording can sync.
By the way, I already open iCloud for voice memo in iOS iCloud settings.
(Source)

We could find multiple complaints from the users on the official forum. And, the issue dates back to a month ago. It seems like the sudden surge began after iOS 13 update. For many, the problem didn’t disappear even after doing the generic workarounds.

On further investigation, we stumbled upon a few posts on Reddit too. Almost all the troubled users have their iPhone running on iOS 13. Oddly enough, one could eliminate the bug by deleting Voice Memo app and reinstalling it again from the app store.

The issue hasn’t been officially addressed until now. We will update this story when that happens. Moreover, you can stay tuned to get notified of the arrival of a fix. Don’t hesitate to drop a comment below if you have a workaround.

Note:- Check out our iOS section for similar stories. 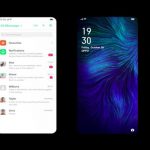 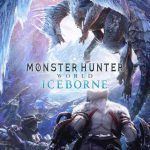