Whenever the subject of digital assistants pops up, Google and Amazon are the two names that feature the most. Apple and Samsung could also feature sparingly thanks to their efforts with Siri and Bixby, respectively, but none of them can match the dominance of Google Assistant and Alexa.

Still, this Google Assistant dominance isn’t stopping Huawei from giving it a try in the same business with its own Huawei Assistant. Stories of the digital assistant first popped up in early 2017, with the XDA Developers later reporting that the assistant would remain a Chinese entity.

In November the same year, Huawei took many by surprise when it revealed that it would be opening up the Huawei Assistant to its growing global market in Europe from 2019.

While the wait has been painfully long, the company has finally announced the first beta testing program for its Huawei Assistant service for the global market.

Dubbed Huawei Assistant Early Bird, the program aims to bring a taste of the Google Assistant and Alexa competitor to all Huawei/Honor devices running EMUI 9.1 and above.

According to the company, below is what you get with the new Huawei Assistant:

Global Search
Global Search is an all-in-one search bar that allows user to search for information on your phone such as locally installed apps, memos, emails, calendar entries etc. as well as online.

Instant Access
Instant Access displays your favourite shortcuts conveniently at the top of the HUAWEI Assistant. Users can customize the shortcuts displayed and their location.

At launch the internal functions Calendar, Weather, Missed Calls, Phone Usage and Data Consumption are enabled. More cards will be delivered from Huawei and partners in the future.

Newsfeed
For the Huawei Newsfeed we partnered up with the leading news agencies and providers. Newsfeed displays content based on the language & region settings of the device to enable news in users’ language.

There are several things to know before getting your hopes too high, though. First, the Huawei Assistant Early Bird program is limited to select markets namely Germany, France, Poland, Spain, Italy, and the UK. Your device must be running at least EMUI 9.1 and above.

The beta testing program opened on October 23 and will end on January 1, 2020, at 11:59 PM (CEST). Those who take part in the program will be required to provide regular feedback via the Huawei Mobile Services Fans Club (EU), Facebook group or any participating website or forum and stand a chance to win a brand new Huawei P30 Pro every week until the program ends.

Weekly winners will be announced every Friday. In total, there are up to 10 units of the P30 Pro up for grabs, one each week. Also, note that feedback must be provided in any of English, Polish, Spanish, Italian, German, or French languages.

If you meet all of the above conditions – and others that you should check out here – grab the Huawei Assistant APK file below and install it on your Huawei/Honor phone.

Once installed, Huawei notes that its Assistant will replace Google Discover feed on your phone. To bring it back, you’ll have to uninstall the Huawei Assistant app. 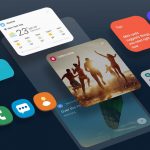 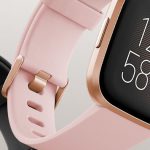