The new trailer has demonstrated the journey of Pokemon Go games from the Gameboy era to the newest Nintendo Switch. Pokemon Go Sword and Shield new trailer features several Pokemon from the last seven generations, which hints at their possible addition to the game after its release. Have a look at the new trailer down below.

Pokemon fans are pretty excited about the arrival of this game. The game also features Gigantamax forms. Earlier on October 17, a teaser of the game revealed Gigantamax forms of the Kanto region Pokemon which includes the following: Pikachu, Eevee, Charizard, Butterfree
and Meowth.

The first details regarding the game were revealed during E3 2019. The game also features Galarian forms, which is based on a concept we had earlier seen with Alolan forms. The following Pokemon have Galarian forms in Pokemon Sword and Shield: Weezing, Zigzagoon, Linoone, Sirfetch’d, and Ponyta.

‘Morpeko’ is a very interesting Pokemon as it has two forms – Hangry Mode and Full Belly mode. It can launch an electric aura wheel attack on opponents in its full belly mode, and the same wheel changes to a dark type when it is in Hangry mode.

Also, the recent Pokemon Go update has Galarian Pokemon code in its game files, which hint that we might see a collaboration event between Pokemon Sword and Shield and Pokemon Go. Players may also see the addition of some Galarian Pokemon to the game. 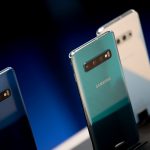 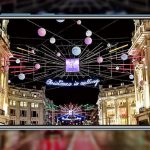