There is no denying fact that, after the takeover by HMD Global from Microsoft, Nokia has made it’s base strong in the smartphone market. The move to go ahead with Android OS really changed the game for the once-popular Nokia brand.

Now the user expects the same sort of reliability and performance from Nokia devices as they expected back in the day when it was Nokia all around. Moreover, Nokia has also not left any stones unturned and is continuously adding new featureful devices to its portfolio.

But, to become a successful brand in today’s competitive smartphone market, OEMs also need to provide one of the most important after-sales services to the users i.e. pushing of security and firmware updates.

And Nokia has, till now, hit every ball out of the park in rolling out security updates for its newer as well as older devices. The same reflects in a survey conducted by Counterpoint Research, as Nokia attained the top spot in the list of time taken by top 10 manufacturers to upgrade their portfolios to the latest Android version.

With every update, Nokia is trying to maintain the pace and the top spot that they have earned by a delivery timely update to their phones. Moreover, Nokia 8.1 is already been served with the stable version of Android 10 and the same is expected to arrive on other devices pretty soon.

To recall, just after the arrival of stable Android 10 from Google, Nokia rolled up their sleeves and shared the Android 10 update roadmap which gives us the clear picture of when and which device will get the latest update:

Another device from Nokia, Nokia 9 PureView which is probably the one and only smartphone to feature a Penta (five) camera setup, is expecting the Android 10 update in the near future.

Besides, when we look at the Android 10 roadmap of Nokia, the Nokia 9 PureView is expected to get the latest OS by Q4 2019. But, in a recent development, one of the most talked-about camera features of 2019, i.e. the dedicated night mode, is allegedly going to make its way to the Nokia 9 PureView. A Twitterati shared a post and the screenshot regarding the same which was confirmed by one of the Nokia Chat support officials.

Check out the screenshot below:

This piece of information might excite you if you are the user of the Nokia 9 PureView but, hold your horses! In a recent report by Nokiapoweruser, the specialized low light photography mode (dubbed as ‘Night Sight’ in Google Pixel phones) will not come to the Nokia 9 PureView.

Shocking but some trusted sources of NPU have claimed that the Nokia shat supports have erred once again and let out false information. The statement from NPU reads as:

What we hear from our trusted sources that there is no Night Mode coming to Nokia 9 PureView with Android 10. Also, it seems that with “Light technology” inside it may be difficult for HMD to tweak Nokia 9 camera significantly without help from Light and Qualcomm and it hasn’t happened so far clearly.

Confirming this piece of information in a tweet, Hikari Calyx, who is one of the reliable tipsters stated:

Yes I can confirm that, it really doesn’t exist on current A10 build. Besides of that, everything else works nicely.

This situation has become a bit confusing and it can be clear, once the stable Android 10 update arrives for the Nokia 9 PureView smartphone. We will keep you in the loop once we have more information in this regard. 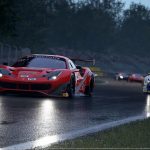