Apex Legends is one of the hottest Battle Royale in the gaming industry today and today we bring you guide to the one of most favourite gun – The Peacekeeper.

The peacekeeper is a lever action shotgun that uses shotgun ammo. It holds up to 6 bullets in a mag. It doesn’t come with an extended mag so it’s not possible to carry more than 6 bullets in the mag.

The peacekeeper being a shotgun comes in the close range category. The weapon deals a 110 damage on average when fired point blank and deals 165 headshot damage. The damage although varies a lot as the damage dealt is calculated by the number of pellets hit on target. Using the weapon is fairly easy. The main problem with this weapon is that you need to get close to your enemy to be able to use the weapon to its full potential. Although, using the precision choke, the peacekeeper can also be used as a mid-range weapon. 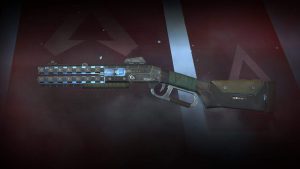 The peacekeeper in the past has been in talks as the weapon damage is highly variable. This even caught the eyes of many popular streamers who also were surprised with the damage being so irratic.

Dr Disrespect is one such streamer who has raged at the devs to fix the damage on the weapon at multiple occasions on his stream. He recently also lost his temper after Season 3 started. You can watch the clip here. What do you think about the peacekeeper in Apex Legends? Let us know in the comment section below!