Google Pixel 4 and Pixel 4 XL are now shipping in various markets following their launch mid this month. The duo had been doing rounds all over the internet prior to their arrival, something that meant we already knew much about them ahead of time.

Matter of fact, Google also participated in the leaking game by occasionally sharing some details about the phones on social media and its official blog, but of course, there was always going to be new stuff to learn about the phones once they hit the shelves.

So far, we’ve learned quite a bit about the Pixel 4 phones. For instance, unlike the Pixel 3, the latest pair can be wirelessly fast-charged up to 11W using any Qi-certified wireless charger that supports the Extended Power Profile. 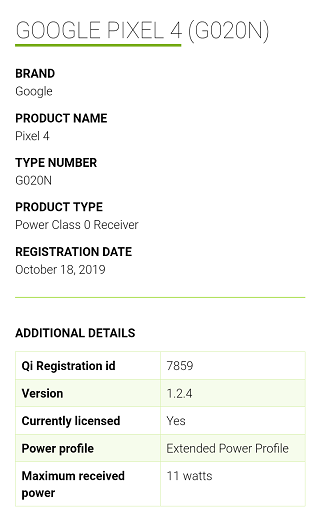 It has also come to light that the Pixel 4 on T-Mobile will enjoy eSIM support, Face unlock works even with your eyes closed, Verizon and T-Mobile won’t offer RCS messaging at launch and that Dual SIM Dual Standby is supported.

Apparently, there is even more stuff to learn about the Pixel 4 phones, this time regarding one of the most intriguing additions to the devices – a 90Hz screen refresh rate.

Google joined the likes of OnePlus 7 Pro and OnePlus 7T in offering a 90Hz refresh rate on a mainstream smartphone, thus moving the feature away from ROG Phones of this world. However, there is an interesting development about this feature on the Pixel 4 phones. OnePlus 7T refresh rate stays at 90Hz all the times

At launch, Google did confirm that the Pixel 4 is smart enough to know when you need the 90Hz refresh rate and when you don’t and automatically switch to the lower 60Hz refresh rates.

For instance, if the currently active app doesn’t support the 90Hz refresh rate, the Pixel 4 will switch to 60Hz and in the process save you more battery juice. Honestly, this one is a cool addition to the devices, but there’s more.

Reportedly, the Pixel 4 also switches to the lower 60Hz refresh rate whenever the level of screen brightness is 75% and below and stays at 90Hz when above 75%. This is something that has been tested multiple times by XDA’s Mishaal Rahman, who has also documented the story on Twitter.

Holy crap. Google Pixel 4 changes between 60Hz and 90Hz based on screen brightness.

Mishaal checked a logcat using ADB and indeed found that when brightness is set at below 75%, the system automatically switches from 90Hz to 60Hz.

Of course, there are a bunch of workarounds you can use to prevent this, most notably going into developer options to toggle a setting that forces the refresh rate to stay at 90Hz throughout, but why the hassle? If Google is using this trick to improve Pixel 4 battery life, well, it didn’t last long. Despite all the goodness that comes with a 90Hz refresh rate, the toll on the battery life is massive. Google knew this but still went with a 2800mAh battery on the non-XL Pixel 4, the smallest you’ll see in any flagship phone in 2019.

Google has yet to respond to this latest discovery. We will keep an eye on the story and update this post when we get news, meanwhile, stay tuned to our Google section for related future coverage.

Google has responded in a statement to The Verge, promising to roll out a software update to address this issue in the coming weeks.

We designed Smooth Display so that users could enjoy the benefits of 90Hz for improved UI interactions and content consumption, while also preserving battery when higher refresh rates are not critical by lowering back down to 60Hz.

In some conditions or situations, however, we set the refresh rate to 60Hz. Some of these situations include: when the user turns on battery saver, certain content such as video (as it’s largely shot at 24 or 30fps), and even various brightness or ambient conditions. We constantly assess whether these parameters lead to the best overall user experience. We have previously planned updates that we’ll roll out in the coming weeks that include enabling 90hz in more brightness conditions.
Source

As you can see, the display refresh rate will drop to 60Hz under more circumstances than just lower brightness levels. We will follow up on this matter and let you know when Google releases the promised software update.

In the latest November security update, Google has reportedly addressed the 90Hz refresh rate issue on the Pixel 4 and Pixel 4 XL. Going forward, the smaller Pixel 4 will drop to 60Hz when the brightness is below 45% but the XL will remain on 90Hz up to the minimum brightness level.

Pixel 4 XL November update 90hz works on 0% Bright. I just checked that after the update 90hz work regardless of the brightness level. I have checked it with UFO TEST. In addition, it shows at first sight.
Source

If you haven’t picked up the latest November security patch, be sure to download it once the OTA notification pops up.