OnePlus 7 and OnePlus 7 Pro are two of the phones the company is giving close attention at the moment. The other two are the T variants – OnePlus 7T and 7T Pro.

The former duo arrived earlier this year and being the new kids on the block, they were the first from the company to receive the stable update to Android 10. This is despite the OnePlus 6T joining the Q beta program earlier.

OnePlus begun the Open Beta program for these two last month, tagging along the first public beta version of Android 10. The second Open Beta arrived shortly before the stable rollout kicked off accompanied by fixes for issues with the fingerprint scanner, gestures, and optimized animations, among others.

About two weeks ago, OnePlus rolled out Open Beta 3 to the duo, tagging along the hide option in the Settings for Game Space, Activity mode (Zen Mode), and Work-Life Balance Mode for Indian users, among other optimizations and bug fixes.

Today, Open Beta 4 for OnePlus 7 and OnePlus 7 Pro is now rolling out and like others before it, you will be getting a new feature alongside several bug fixes and performance optimizations.

Going forward, OnePlus 7 and 7 Pro units running Open Beta 4 will get the option to raise the phone to lower the ringtone for incoming calls. This feature can be found in Sounds & Vibration settings.

The new update also fixes some annoying bugs such as the screen flashing issue when adding a fingerprint and disabling of mobile data after an upgrade and even expanded the dial pad area to avoid unintended touches. Below is the full changelog as provided in OnePlus forums.

The new Open Beta 4 update for OnePlus 7 and 7 Pro is arriving over the air for those already in the beta program. If the OTA hasn’t arrived, feel free to grab the download file below and install it manually. We will update the post when we get the download link for the standard OnePlus 7.

For some reason, OnePlus 7 users have had to wait for about a week before receiving their Open Beta 4 OTA update. As expected, the changelog is the same as the Pro variant, but the file size is a little bigger at 128MB.

Also, now that the OTA is out, we also have the download link for manual installation, that is if you can’t wait for the system notification to arrive. 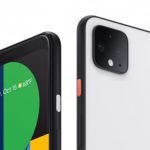 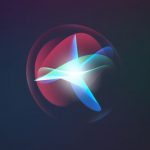