Halloween is about to arrive next week, and it seems like Epic Games has some interesting plans for the Fortnite Halloween event. Last year’s Fortnite event was dubbed as Fortnitemares, and for this year, we will have to wait and see whether Epic Games will use the same name or give it a new title.

Fortnite has received a fresh start and a new map under Chapter 2 so there is a possibility that we might get a new name for the upcoming Fortnite Halloween event. Well, the start of the Halloween event will also bring in some new spooky skins to the game. Data miners have not wasted any time and have leaked out the upcoming Fortnite Halloween skins. Have a look at all the skins that have revealed by data miners @HYPEX and @xkleinmikex down below.

These skins are data-mined from Fortnite v11.1 patch which was released yesterday. Currently, no official date for the start of Fortnitemares 2019 or the upcoming Halloween event is revealed. In Fortnite Chapter 2 aka Fortnite Season 11, players can also carry their downed teammates. The new season has also added an all-new Battle Pass to the game, which has added new rewards at each tier. Fortnite Chapter 2 also features a brand-new XP and battle leveling up system. 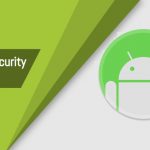