Note that the Xperia XZ3 is receiving the update across the globe. To recall, the 2018’s flagship packed in the-then latest Snapdragon 845 chipset paired with 4/6 GB of RAM.

The device offered 64 GB of internal storage and sports a single 19 MP rear camera. In the front, you get a 6-inch P-OLED panel and 13 MP selfie camera. Under the hood, the device houses a 3,300 mAh battery.

Talking about the update, it carries the version number 52.0.A.11.3 – a significant jump from 52.0.A.8.157 (as tracked by the XperiFirm tool). Besides, the Xperia XZ3 received the September patch in time.

The update just brings in the October 2019 update and is still based on Android 9 and there are no signs of the latest Android 10 update. However, according to an alleged roadmap of Sony for pushing Android 10, Xperia XZ3 will get the update in the near future.

You can check out the screenshot of the images taken from XperiFirm tracking tool for the Xperia XZ3:

Motorola is also not far behind in pushing the October updates for its devices as in a recent development, the Motorola One Vision has also started getting the latest patch, just like Motorola One Power.

The Motorola One Vision is an Android One based smartphone that was launched in May 2019. It sports a 6.3-inch 21:9 CinemaWide display. The device features a punch-hole design that houses a 25 MP selfie camera. At the back, you get a dual 48 MP+5 MP camera setup and under the hood, it is powered by a 3,500 mAh battery. Motorola One Vision is the first Motorola device to use a Samsung Exynos 9609 chipset.

Now coming back to the update, it carries the version number PSAS29.160-50-2. Below is the official changelog and the screenshot of the update:

The update is purely incremental in nature. You can check for the update by heading to Settings>>About Phone>>System Updates, if you have not got the notification for the latest patch.

Note: You can check out our dedicated Motorola and Sony sections for more insights on similar stories. 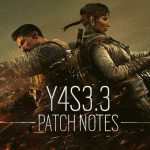