Tom Clancy’s Rainbow Six Siege is one of the most popular shooting games. The game was released on December 1, 2015, and since then, the game has been running strong. However, the game’s popularity declined a bit after the success of Fortnite.

Ubisoft Montreal is the developer of the game and it has been published by Ubisoft. The game devs are coming out with a new update today – October 22nd. The official twitter handle tweeted the following notifying the players about the downtime until the servers are updated.The downtime for different players are as follows –

The downtime will be about 20 minutes and the game will be then available for the players. The devs also released full patch notes for the Y4S3.3 update – The MMR Rollback system is getting updated with a few improvements. From now on, any drastic change in MMR will be taken as an irregularity and will raise a red flag in the system.

Such players will be getting a reset in their rankings and will have to redo their placement matches to get back appropriately on the ladder and will not receive any season ranked charms prior to the reset. As for Weapon Balancing, this update will bring the following weapon changes –

The update also fixed some bugs, take a look at the bug fixes below –

For the operator changes we have – A number of UI changes have been also made. Here’s all of them –

What do you think about the Rainbow Six Siege update? Let us know in the comment section below! 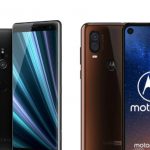 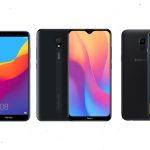