Just in case you’re trying to get your head around why the Australian internet service provider iiNet isn’t working for you, find solace in the fact that you aren’t the only one facing issues lately.

A quick look at micro-blogging site Twitter conveys there are many others complaining about iiNEet internet outage. For a quick glance, here’s how some of the complainants word the problem:

@iiNet is there a known internet outage in Preston,, Vic? I have no internet all of a sudden.
source

@iiNet got no internet all of a sudden around Doreen in Vic. What gives? Says my modem fails at “Test DNS Root” in diagnostics
source

Down detector – a popular service that gives information about live outages – also conveys that iiNet is indeed going through a glitch in some regions of Australia as can be seen in the image below: Any official word on the matter? Though the server status page doesn’t reflect anything, while reverting back to one of the users complaining about NBN FTTP outage, iiNet (on Twitter) acknowledged the issue saying:

we’re aware that an issue is currently happening and engineers are investigating. Another user was told something similar by iiNet:

Our networks team have identified an issue affecting customers in Victoria and are working to resolve the issue as quickly as possible. We don’t have an ETR at this time, and apologize for any inconvenience caused

As can be seen in the image, iiNet also added there’s no ETA for the fix as yet. So things may take time to get back to normal. Rest assured, we’re keeping a continuous tab on all related developments, and will update this page with relevant info as and when we come across any.

To users located in Victoria, iiNet suggests to reboot the modem.

If you are located in VIC, we’re aware of an issue; engineers are investigating. Updates are to come via https://iinet.net.au/status/NOC-72876 shortly. In the meantime, please try restarting your modem & devices. 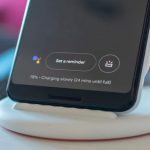