One of the unique features of the Google Nexus 4 unveiled in 2012 was the inclusion of wireless battery charging technology. At the time, the search giant became the only other device maker besides Nokia to offer this tech on a mobile phone.

The Google Nexus 5 also included wireless charging support, but with the Nexus 5X, Nexus 6P, Pixel, and Pixel 2 devices, Google changed tact by ditching the novelty, only to bring it back with the Google Pixel 3 and Pixel 3 XL. Using this specific Pixel Stand, you can wirelessly fast-charge either Pixel 3 phone at a maximum of 10W, however, using any other Qi-certified wireless charger only delivers a maximum of 5W as confirmed by the Wireless Power Consortium listing below.

With this move, Google was basically shoving the Pixel Stand down the throats of Pixel 3 owners who wished to enjoy faster wireless charging speeds, but this changes with the new Google Pixel 4 and Pixel 4 XL.

A quick look at the same Wireless Power Consortium listing reveals that the Pixel 4, unlike the Pixel 3 that has a Basic Power Profile, is certified to meet Qi’s Extended Power Profile (EPP) fast wireless charging standards of up to 11W.

Yes, this means that any Qi-certified wireless charger will support up to 11W fast charging as long as it is capable, thus eliminating the dependency on the Pixel Stand to hit similar wireless charging speeds.

Google does mention that the Pixel 4 supports Qi wireless charging, but the specs sheet doesn’t go into specifics of the speeds to expect. Well, hopefully, this now clears things up. 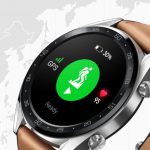 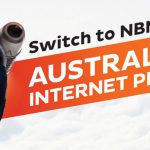