Cricket is one of the most popular sports in India, and millions of people follow it. The popularity of Cricket has also made Cricket games popular in India. EA Sports Cricket 2007 is a classic cricket game which has been mostly played by cricket gaming fans.

EA Sports Cricket 2007 was the last title in the series which was published by EA Sports. Nevertheless, cricket gaming fans started creating mods of the game with the updated content and latest teams. These mods became quite popular among fans as it featured latest teams lineup. But cricket gaming fans rejoiced when Big Ant Studios released Don Bradman Cricket 14. As the name signifies, ‘Don Bradman’ was featured on the cover the game. Don Bradman 14 has pretty immersive gameplay, and it is way superior to Cricket 2007. But the bad reviews did not stop Big Ant Studios from releasing the new title. Studios released Ashes Cricket, but it did not do well among fans. In 2019, the developers released Cricket 19 which corrected the low points of Don Bradman 17 and won the hearts of cricket gaming fans and critics. 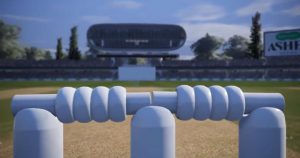 Cricket 19 is available on the following platforms: PlayStation 4, Xbox One, Nintendo Switch and Microsoft Windows. Today, a new update for Cricket 19 has been released online for the game which has brought enhancements to the game.