Probably one of the best-designed smartphones (at least I think so), the Galaxy Note 8 has still not lost its charm. For a refresher, the device was launched way back in September 2017.

The Snapdragon 835/Exynos 8895 is still snappy as it was before, a 6.3-inch Super AMOLED display (with no crappy notch) and the almighty S-Pen.

The device was the most complete phone until notches and bezel-less designs became a thing. But I would any day still prefer the Galaxy Note 8 and also the Note 9’s design on a smartphone in 2019 and even in 2020.

Cut to now, the Samsung Galaxy Note 8 is receiving several updates depending on the different carrier networks. For instance, the Galaxy Note 8 on AT&T is now getting the Advanced Messaging v2, and the October patch on Verizon and T-Mobile.

Let us talk about the latest update received on the AT&T variant of the Galaxy Note 8. The latest update carries the build number N950USQU6DSH3 and weighs around 600 MB in size.

However, note that the device is still stuck with the August 2019 security patch level. Below is the official changelog and the screenshot of the update:

For those who don’t know, with the help of Advanced Messaging, AT&T users can send messages containing attachments up to 10 MB, including HQ photos and videos.

Now, talking about the update received on the T-Mobile and Verizon, it brings in October 2019 security patch. It carries the version number N950USQS6DSI3 on both the carriers. Regarding the size, the OTA package weighs in around 173 MB.

Keep in mind that the global Exynos powered variant of the Galaxy Note 8 has already received the October 2019 security patch. You can check out the official changelog along with the screenshot of the October update of both the carriers:

(Note that the update brings in October patch and the November 1, 2019 mentioned besides Android Security patch level is a typing error.)

The updates will be rolled out via OTA in batches and will take some time to reach all the devices on both the networks. However, you can manually check for the update by heading to Settings>>Software update>>Download updates manually.

Let us know in the comments below, what all other features apart from the mentioned ones is there with the latest updates on for the Galaxy Note 8. 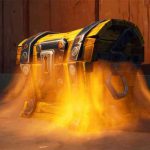