Apple has made their iOS ecosystem closed so as to increase the security. Moreover, you get limited possibilities to customise the built-in options as an end-user. On the contrary, Android allows the users to transform their devices to the way they like (third-party app installation, for example).

The world has got enough inquisitive minds. They try to tackle problems no matter what! That’s how jailbreaking gained momentum. Ever since the release of the first iPhone, people have been making use of this technique to get access to the features Apple hid.

Every iOS iteration came with security vulnerabilities. Soon after they had gone public, Apple released updates to fix them. Jailbreaking tools make use of such defects to remove software restrictions imposed by the manufacturer.

Unless you have a jailbroken iPhone, you can’t install applications out of the official App Store. Owing to the public disapproval of the Cupertino tech giant, many are afraid to go through the process. However, customisation fanatics still do it.

You know Apple released iOS 13 On 19 September 2019. Given it’s the latest version, security vulnerabilities are yet to surface. While the experts do their works in the background, a handful of websites have popped up with the false promise of jailbreaking iOS 13 devices.

checkra1n (checkra1n.com) is a campaign that uses checkm8 vulnerability. It modifies the bootrom and loads a jailbroken image onto the phone. We spotted a replica of this as a fake website (checkrain.com). The difference in URLs is so small that they both could be treated as the same.

When you enter the site, you will get a button to install checkra1n 1.3.5. Soon, you need to install a configuration profile. On finishing the installation, you can see checkra1n icon on the homescreen.

You may think it does open a fully functional application. On the other hand, it brings you to a webpage without displaying address bar or anything else (almost like an app). Going further, you will see it is a clickjacking script to install unwanted applications on your phone so that the creator can embezzle. 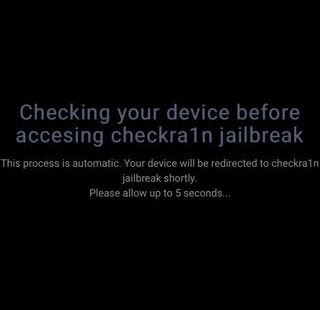 checkrain is not an isolated one, unc0ver.vip does the same. You can clearly see the mention of iOS 13 on their homepage. In effect, it just lures you in and doesn’t do what it promises. So, make sure you don’t fall victim to this type of websites. 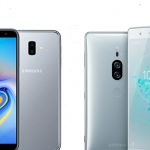