A new update for Tom Clancy’s Ghost Recon Breakpoint is arriving today. The latest update to the game features a lot of bug fixes which were troubling the players from quiet some time. It is an online shooter game which has been developed by Ubisoft Paris. The game has been set up on an island name Auroa. In the game, you get to play as Lieutenant Colonel Anthony “Nomad” Perryman who is a member of special ops and has the job to investigate troubles created by Skell Technology.

Ghost Recon Tom Clancy’s Ghost Recon Breakpoint runs on AnvilNext 2.0 engine and can also be played under multiplayer mode. Now, let us discuss the patch notes for the upcoming update 1.02 and its features.

Tom Clancy’s Ghost Recon Breakpoint upcoming patch 1.0.2 comes in the following sizes for different platforms: Xbox One (7.5 GB), Playstation 4 (10.6 GB) and PC ( 5.4 GB). Whether players have purchased a digital or a physical edition, they are required to download the patch before playing. Ghost Recon Breakpoint update 1.02 has fixed matchmaking and joining issues in cooperative mode. The update has also improved the graphics quality of the game. The new update has also brought in some tweaks to the loot system. You can check out the complete patch notes for update 1.02 down below. Various tweaks made to the cover system.
Improvements made to various visual elements and vehicle physics.
Time to mark enemies has been reduced.
Tweaked distance at which enemies will be able to spawn around camps.
Adjustments made to the reverted drone and binoculars controls to fit the behavior fromTom Clancy’s Ghost Recon® Wildlands.
Fixed an issue where the player would get detected while stealth swimming.
Fixed a spawn issue occurring after fast traveling.
Fixed goliath detection cones.
Fixed a bug where the sharpshooter skill wouldn’t penetrate helmets.
Adjustments made to dirt accumulation on weapons.
Various fixes on mission triggers affecting mission progression.

Various tweaks made to the loot system.
Drones will drop even more parts. 80% of the time, players will get 5x standard parts or 3x improved parts.
Improvements made to weapon descriptions to better match their authentic characteristics.
Ghillie top have been added to the loot pool.
Fixed various customization bugs. 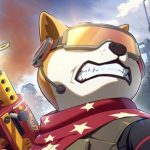 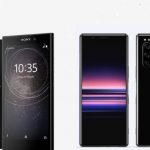