Tom Clancy’s Rainbow Six Siege is one of the most popular shooting games. The game was released on December 1, 2015, and since then, the game has been running strong. However, the game’s popularity declined a bit after the success of Fortnite. Ubisoft Montreal is the developer of the game and has been published by Ubisoft. A new update for Rainbow Six Siege will go live today, and the latest update to the game is bringing in new features to the game. Along with the new features, it also incorporates many bug fixes and enhancements. The update bears a patch no Y4S3.2, and it will be released for PC today. Have a look at the changes that have been made with this update down below.

In hostage mode, anyone who detonates a Volcan shield is now responsible for any explosive damage it does once the hostage is picked up. Prior to hostage pick up Goyo is still responsible.

FIXED – Fixed an issue with Attacker side logic bias during lobby creation. Attacker and Defender side assignment is now completely random.
FIXED – Users are able to vault over an operator with extended shield if that operator stays between a player and a vault prompt.
FIXED – Players can get stuck in the leaning position after ADSing when Lean to Hold is on.
FIXED – Defenders can keep using their camera when a logic bomb is activated.
FIXED – Players sometimes do not receive a matchmaking penalty if they cancel right as the match begins.
FIXED – Defuser can sometimes disappear if an attacker is killed immediately after it is secured.

FIXED – Ash’s breaching round is not destroyed when used on barbed wire with an active Bandit Battery.

FIXED – Electricity VFX disappears when the reinforced wall on which Kaid’s Rtila is deployed is shot at.

FIXED – Maestro’s turret movement SFX remains for users that are still spectating his camera after he leaves it.
FIXED – Maestro’s Evil Eye will sometimes shift position if another player is moving and spectating another camera and suddenly switches to the Evil Eye.

FIXED – Players can sometimes change between ADS and non-ADS when Monty’s shield is out.

FIXED – Pixel LOS behind on Clubhouse in B Church. The update will go live at 9 am EST/ 1 pm UTC. During the update, the game servers will undergo maintainance for almost 60 minutes. At that time, matchmaking will be disabled in the game.

The patch 3.2 was going to go live today for consoles. But looks like there’s some change in the plan and it has been delayed for the time being.

The 3.2 patch for both Consoles has been delayed, We will update you all when we have more information for the new deployment time.

After the delay, the maintenance for consoles (both PS4 and XB1) has been scheduled for Oct 15, however, the exact timings haven’t been confirmed as yet. We’ll announce the exact times for each console on the day.

Downtime for console players has begun.

A maintenance is scheduled for XBOX One and PS4.

? We will be performing a maintenance on #RainbowSixSiege today. No player facing changes.

Maintenance has been delayed once again. Also, there’s no ETA on how long will it take for the maintenance to complete.

Maintenance for 3.2 for both console platforms has been delayed and there may be additional downtime whilst we investigate further.

I believe that it has been extended, but at the moment we do not have an ETA on the end of the maintenance.

The 3.2 update for consoles is now live.

Both PS4 and XB1 deployment for the 3.2 patch are now complete and able to be downloaded. 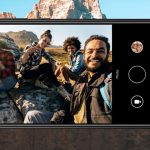 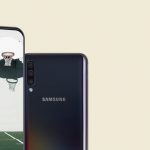