Apex Legends Halloween event kicks off on October 15, and today Respawn has released a new trailer of the event. It gave us a glimpse of the gameplay of the new Shadowfall Limited Time Mode.

The Halloween event is a collection event which means that players would have a chance to get their hands on the Legend heirlooms. For this event, we have the Lifeline heirloom to be acquired by getting all the skins from the event special store. 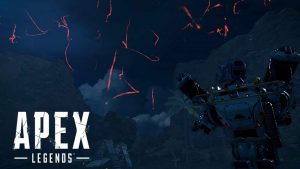 The trailer starts off in a match of Apex Games, where Wraith and Pathfinder are struggling for escape and in a bid to escape, Pathfinder wrongly assumes a portal behind them as one of Wraith’s portal.

Soon he realities that she was right, when a mysterious dark shadow challenges him to his own version of Apex games, where death isn’t the end. The mysterious figure who most likely seems to be Revenant resurrects dead into the Shadow Legends. The Shadow Legends cannot use their abilities or weapons, but they have faster movement speed and can jump higher. The trailer also shows off different event special skins for different legends as well. Take a look at the trailer below –

The gameplay trailer of Apex Legends shows Pathfinder and other legends fighting each other. Once the enemies are dead, the mysterious figure tells them that they won’t be getting out of the arena alive as the army of the undead – the shadow legends descent on the map.

The trailer shows swarm of Shadow Legends overwhelming clown skin Caustic. The new version of Kings Canyon has turned out to be perfect and has got players excited for the event!

What do you think about the new Apex Legends event and the limited time mode – Shadowfall? Feel free to drop your views in the comment section below. 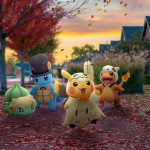 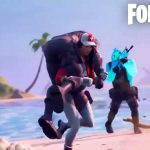