Pixel devices from Google, are the best camera smartphones till date. Yes, there are other smartphones like the iPhones, Galaxy Note and S-series devices, Huawei’s Mate series, etc that also offer brilliant cameras.

But, what the Pixel 3/3 XL devices could do with a single lens, cannot be achieved by smartphone with dual, triple or even quad sensors. The difference lies in the image and software processing on the Pixel devices, which Google has mastered.

Moreover, the Pixel devices are also the first to receive the latest Android updates and other security updates, so there is no comparison with other brands on that front.

Passing the brilliant image processing capabilities on to its new generation devices, Google brough in the so-called (in India it costs around INR 38,000-40,000) mid-range Pixel 3a and 3a XL smartphones in May 2019.

Both smartphones did not carry the upper-level specs but, kept the same camera from their bigger brothers, the Pixel 3/3 XL. However, some users were facing a hissing sound bug while video recording on their Pixel 3a devices.

You can check out the issue raised by the users, below on various forums and platforms:

The issue seems to have appeared on the Pixel 3a smartphone with the Android 10 update as many of the users have reported the same. People are hearing a loud hissing sound while recording a video as well while its playback.

This issue was not only with the stock camera application on the Google Pixel 3a but, with all the applications that use the device’s camera like WhatsApp, etc.

Moreover, this issue was not there till the Android 10 DP5 (Developer Preview) and moreover, it seems like an update glitch. Users who were facing similar issue after the Android 10 update on their Pixel devices have suggested to reboot into the Safe Mode and search for the culprit app and uninstall it.

However, the most suggested and probably the possible workaround for this issue on the Pixel 3a is to disable the Google Assistant’s Voice Match Feature.

Google is yet to address this issue and possibly a new update will be rolled out for it very soon. Let us know in the comments below if you came across this hiss sound issue on your Pixel 3a device and also do let us know if you have any workarounds for it.

Note: You can check out more stories and posts related to the Google Pixel device on our website by heading here. 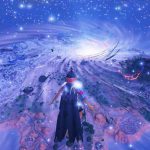 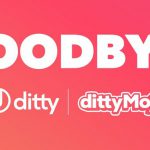